After World War I, like other great French monuments, Versailles looked particularly hard-hit. Not because of any fighting there, but because the Palace and the estate had been half abandoned as the country had other priorities than the preservation of its heritage. Moved by the extent of the damage when he visited Europe, the American billionaire John Davison Rockefeller Junior (1874-1960), son of the founder of Standard Oil, offered the French government in 1924 to finance the restoration of three great monuments: the cathedral of Reims, badly damaged by the German bombardments of the start of the war, and the palaces of Versailles and Fontainebleau. He chose the architect Welles Bosworth to supervise the work. In a few years, the generosity of the great American sponsor restored in Versailles the Palace, the gardens and the Park, as well as the Trianon palaces and their gardens. The intervention of the Rockefellers was the first large sponsorship of Versailles, and was to be followed by many others. 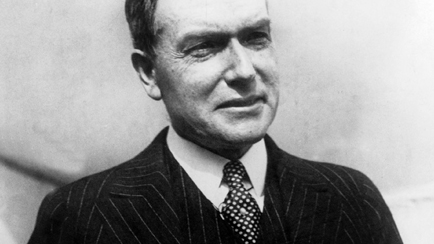