The realisation of the project: an encounter between the Palace teams and Google

The technological programme rolled out to accompany the opening of the Palace History Gallery is the fruit of close collaboration over more than a year between the teams of the Palace and those of Google.

An ambitious technological policy has been implemented in Versailles for several years now to back up its scientific and cultural communication, disseminate knowledge about it more widely and develop new links with the visitors and with new audiences.

From the origin of the project, the exhibition curators decided on the role and the scope of the multimedia in each exhibition and online.

The partnership with Google provided the opportunity for a more in-depth approach to the use of technologies to develop, enliven and make more incisive its scientific and cultural communication.

3D technology, in particular, is used extensively in different media (in the rooms, on the Internet, on mobile terminals).

Thanks to its dedicated team of engineers, Google’s Cultural Institute has already collaborated with organisations in several countries on different projects, notably for putting online thousands of artworks in the framework of the Art Project, the digitisation of the archives of Nelson Mandela and the Dead Sea Manuscripts. 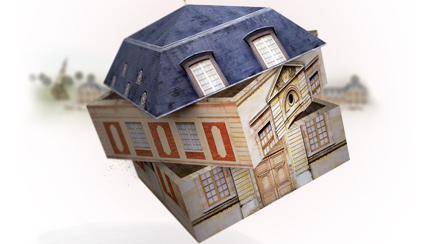