New façades looking out over the gardens covered the small brick and stone palace, hence the name “Envelope” given to them. Resolutely modern, the cut stone façades of the “Envelope” were crowned with balustrades dissimulating the flat roofs. With their central terrace, they were inspired by the architecture of baroque Italian villas, but executed in the French manner in a perfectly classical style. The first floor, reached from the courtyard by two fine marble staircases, had two large symmetrical apartments, the King’s at the northern end and the Queen’s at the southern end, separated along the western end by a large terrace overlooking the gardens. 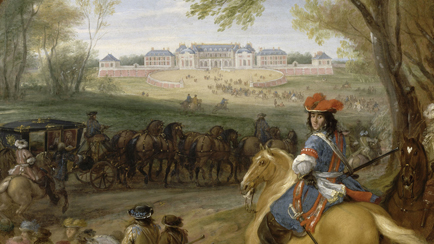