1892 : Pierre de Nolhac and the revival of Versailles

After taking up a post in Versailles rather by chance on 21 October 1887, Pierre de Nolhac became Director of the museum on 18 November 1892 and went on to become the restorer of the palace of Louis XIV and his successors. Fascinated by the place from the beginning, Nolhac consecrated his life to the Palace and strove to establish the history of the successive constructions as well as that of its occupants. For nearly thirty years until his departure in early 1920, he gradually succeeded in giving back life to the Palace of the last century of the monarchy. In the central part of the Palace he undertook the dismantling of the installations of the History Galleries of Louis-Philippe to restore the royal Apartments of Louis XIV and his successors. His erudition, his temperament and his network of contacts aroused general interest in Versailles and favoured the first restorations. His extensive historical research also led to a series of publications on the kings and illustrious inhabitants of Versailles – Louis XIV, Louis XV and Marie Leszczynska, Madame de Pompadour, Louis XVI and Marie-Antoinette, etc. – but also on the artists who worked for them – Boucher and Fragonard, Nattier, Madame Vigée-Lebrun and Hubert Robert, etc. – and on the Palace and its gardens.

Versailles was profoundly marked by the work of Nolhac, and he has remained a model for all his successors. 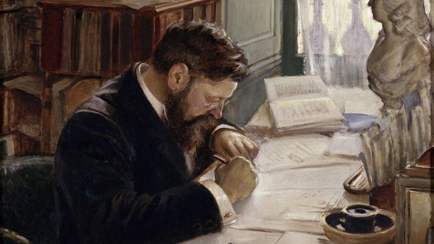