The Day of the Dupes was a political and diplomatic turning-point of the reign of Louis XIII, and the first major event in the history of France at Versailles. It opposed Marie de Médicis against Richelieu and ended unexpectedly with the latter’s triumph.

Beginning in Paris in the Luxembourg palace of Marie de Médicis, it ended in the small palace of Versailles of Louis XIII. In September 1630, the queen-mother took advantage of the serious illness of her rival Cardinal de Richelieu that nearly killed him to ask her son to remove him. The queen had grown increasingly dissatisfied with the influence of the king’s minister in the management of the country’s affairs. She had waited for the right moment to remind the king of his earlier promise.

Backed by the party opposed to the Cardinal, notably in his foreign policy − France was in the middle of the 30 Years’ War − the queen opened the hostilities on the morning of 10 November. Ready to give in to his mother, Louis XIII was then very disconcerted by the sudden appearance of Richelieu. After attacking the minister whom she detested, the queen told the king, pale and struck dumb, to choose between her or him. Marie, sure of the impression she had made on her son, thought she had triumphed over Richelieu, who in turn thought he had to resign. But Louis XIII could not do without him and knew how much he owed to him.

That same evening the king summoned the Cardinal to Versailles. After a private conversation lasting two hours, he decided to renew his trust in him and to sacrifice his mother, who was ordered to leave Paris for Compiègne: Louis XIII never saw her again. She went definitively into exile and continued to plot against the Cardinal. All the opposition to Richelieu was decapitated. The Cardinal was made a Duke and Lord of the realm. His triumph was total. The Day marked the true beginning of his ministry which ended with his death in 1642. 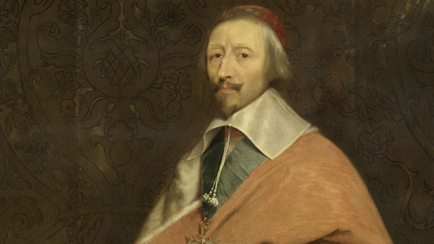 Cardinal de Richelieu, by the studio of Philippe de Champaigne